The history of BUVO

In 1980, BUVO started the adventure in the world of aluminum casting with one employee, one casting machine and a total of 50 m2 of production space at the Waterdijk 8 in Helmond.

Thanks to an eye for detail, precision work and craftsmanship, the first clients quickly know where to find BUVO. BUVO is gradually expanding in order to meet demand. Three casting machines and six employees will be employed within two years.

The organisation’s success formula was already clearly apparent: craftsmanship in combination with continuous innovation. BUVO grasped every opportunity to invest in growth and development in order to secure its future. So it was hardly surprising that BUVO had become the proud owner of four die-casting machines, a trim press and a CNC lathe after five years. The company employed thirty people at this point. A proud team that was entirely dedicated to producing beautifully finished and technically challenging products.  This was also when BUVO started to look beyond high-pressure aluminium die-casting. The company decided to offer customers a full-service concept that included machining after initial die-casting. These were the foundations for BUVO as we know it today.

In 2005, the organisation’s vital statistics had grown to impressive levels: 135 people, sixteen die-casting machines, thirty machining centres and seventeen robots. BUVO’s die-casting and production facilities were now among the most modern in the world.

In 2010, the company entered a new era, adding several innovative products for new customers to its range. In addition to this growth in the customer base and turnover, BUVO was becoming an increasingly mature organisation. New directors joined the management team and BUVO introduced protocols for adopting the latest technical developments in its field at lightning speed. The collaboration with our German representative, Gmeiner & Meier, also started in this year. BUVO once again experienced a rapid growth spurt.

The company has continued to grow strongly in recent years. Much has changed since the company was founded in 1980. The 24th die-casting machine has been put into service, the workforce has expanded to more than 250 colleagues and BUVO currently produces 15,000,000 products every year for customers all over the world. All these developments have stretched the company’s resources to the limits at times, leading to the addition of a new machining section in 2017 and a third die-casting section in 2019. By 2019, BUVO had established itself as one of the market leaders in the field of high-pressure aluminium die-casting.

Although you often hear that past performance is no guarantee of future results, we are confident that this does not apply to our company. Our actions in the past have definitely created the foundations for our current success.

BUVO is ready for the future.

Will BUVO become your new supplier?

Quality, innovation and craftsmanship are our top priorities. 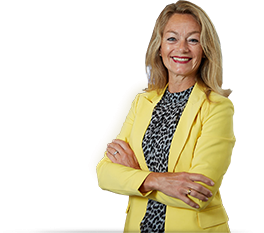